Resources for Developers
search
You might want to read first the page about scaling an application.

The autoscaling feature lets you scale automatically your application up and down, depending on a user-defined threshold on the application metric.

An autoscaler can be added to an application by going to the “Containers” tab of your app: 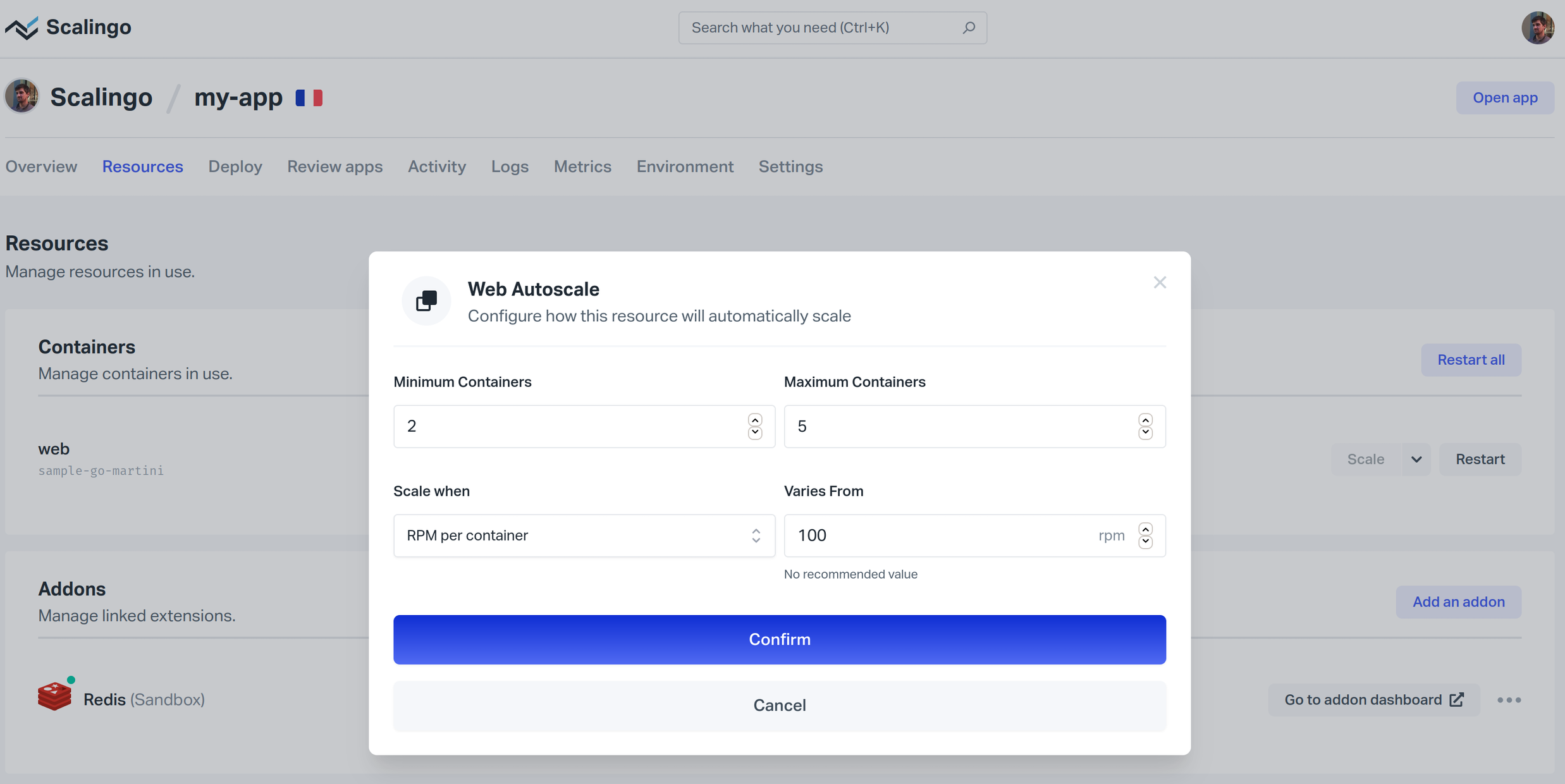 Finding the best target for your application is not an easy task. One should run benchmarks on its application to detect which metric is the bottleneck. A good procedure can be to scale the application to 1 container and execute a load testing tool (e.g. Vegeta) against it. For instance, if you observe your application does not respond after 100 RPM, configuring the target to 80 RPM per container so that Scalingo automatically scales up the application seems a good idea. These load tests should be executed against the most greedy endpoints for better results.

When creating a new autoscaler, a target is provided: our algorithm tries to keep the metric as close to the target as possible by scaling up or down the application, up or down, by one container at a time.

A few details to keep in mind :

Those rules are here to avoid scaling the application frantically. This makes the autoscaling good at handling “reasonably” increasing/decreasing metrics, but not when it comes to dealing with huge, sudden spikes.

If you know such events can happen, you should manually scale up the application to a suitable container formation.

The autoscaling of an application can depend on five different metrics:

The last three metrics are only available for web containers.

Every time an application is scaled by the autoscaler, an event is created. This event appears on the application’s timeline. The user responsible for the operation is labeled scalingo-platform-autoscaler.

An increased response time or resource consumption of an application can have different causes and scaling horizontally might not solve the issue. These causes can be: